Home>News of Construction and Building > What to do when disputing Islands with your neighbors? Build aircraft hangars to assert authority

What to do when disputing Islands with your neighbors? Build aircraft hangars to assert authority

The much disputed Spratly chain of Islands has seen tensions rise between China and nearby countries that equally lay claim to said Islands, those being:

The Spratly Islands are a group of 14 islands situated in the South China Sea, off the coast of the Philippines and south-east of Vietnam, consisting of over 100 reefs. For a considerable amount of time now, all these Islands have been highly sensitive topics because of the fact all cited countries believe they have a claim in one way or another.

In late July, it was spotted by satellite that China has actually begun the construction of hangars on Fiery Cross, Subi and Mischief reefs in the Spratly chain of islands, which could perhaps be interpreted as a provocative or aggressive move, considering the ownership of the islands is still a topic under debate. It is actually believed that several of the hangars have been completed; meaning work has perhaps been going on for some time.

Although perhaps provocative to build hangars which are meant for military purposes, it should be made clear that up until now there have been no sightings or indications to suggest that China have deployed any aircraft on these reefs, therefore, for now everything is just speculation.

China’s Ministry of Defence has failed to rule anything out, stating that construction works on the reefs were “multi-purposed and comprehensive” and that “Apart from meeting necessary military defence needs, [the facilities] will serve more for various civilian purposes”. What is meant by ‘necessary military defence needs’ is anyone’s guess… if nothing else, it’s going to be interesting to see how this strained saga unfolds. 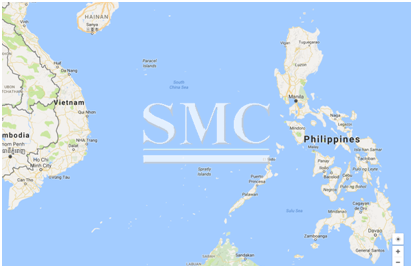