The port of Shanghai has further increased its lead over second placed Singapore, to remain the world’s busiest container port, according to statistics compiled by the Journal of Commerce. Singapore, which for a long time was the worlds busiest has fallen further behind by a staggering 5.6 million TEUs (20-foot container equivalent). The port of Shanghai handled 36.5 million TEU’s… there is a reason that China is called the factory of the world.

It should be noted though, that the increased margins between Shanghai and Singapore was not necessarily down to improvements from Shanghai but more a slowdown from the port of Singapore, with container volumes falling for a fourth consecutive year. 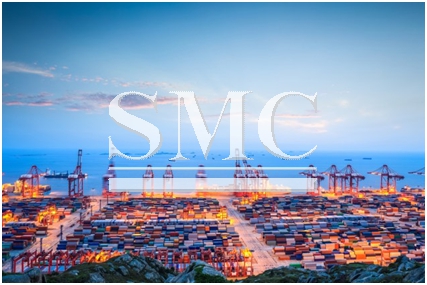 In a report earlier in the year, Fitch-owned BMI Research concluded Singapore was unlikely to regain its position as Asia’s biggest transshipment hub, as it has largely reached its capacity. “For the port of Singapore to retain its position as the premier Asian transshipment hub and battle the port of Shanghai for first position, Singapore must continue to expand and keep up with shipping trends,” BMI wrote.
In a rather impressive statistic, seven of the world’s 10 largest container ports can be found in China (including Hong Kong), only the port of Jebel Ali, Dubai, can be found outside of East and South-East Asia.