To further clarify Tesla’s ambition to provide the world with clean energy, they have now won the right to provide power to the Californian grid, in what is a move to hopefully prevent power shortages. The Tesla power packs are worth tens of millions of dollars and are expected to be ready in record-breaking time, which is the end of the year, pretty impressive when you consider the previous grid-storage procurements took 3 and a half years.
The deal consists of Tesla Motors Inc. supplying 20 megawatts of energy storage to Southern California, in a move that will assist the efforts to prevent future blackouts due to fossil-fuel shortage, the energy source will come from clean and renewable energies such as Lithium-ion battery packs. The contribution from Tesla will be enough to power 2’500 homes for a whole day; however, this has not been the main talking point of the deal but rather, the speed in which the packs are being deployed.
"The storage is being procured in a record time frame," months instead of years, said Yayoi Sekine, a battery analyst at Bloomberg New Energy Finance. "It highlights the maturity of advanced technologies like energy storage to be contracted as a reliable resource in an emergency situation."
Tesla CEO, Elon Musk, has long been a figurehead in the global campaign towards renewable energy with his Tesla often providing the benchmark in the industry. His long-term vision is to transform Tesla from just an electric car company into a clean-energy company, one that is a leader of a variety of industries.


In total megawatt hours (80), the Tesla batteries are going to represent the biggest lithium-ion battery project in the world. The value of the deal is still yet unrevealed, however, a rough estimate can be established due to the fact a 2-megawatt battery system costs within the region of $2.9 million; therefore, the deal can be expected to be within the approximate region of $30 million. 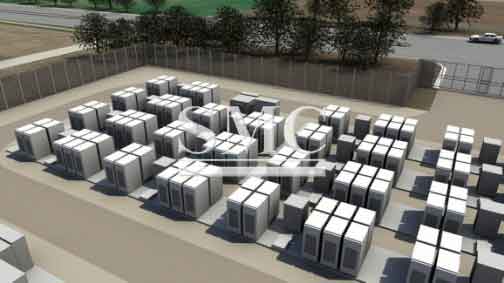