Ahead of the big industry event being held in London next week, base metals have had a predominantly encouraging week. Metals were supported across the board by a drop in the US dollar after third-quarter US growth data beat expectations.
Three-month tin on the London Metal Exchange closed up 1.3 per cent at $US20,650 a tonne, its highest since September 2014. LME aluminium ended the day 1.1 per cent higher at $US1,718 a tonne, having touched a peak of $US1,718.50. "The whole complex is doing better, which is a sign some speculative money may be coming in," said Societe Generale analyst Robin Bhar.
Other base metals also rose, with copper hitting a more than two-week high at $US4,848 a tonne before closing at $US4,843, up 1.1 per cent. Copper stocks slipped to an eight-week low. "We've seen the dollar fall back a bit, and that is helping copper move higher," said Danske Bank analyst Jens Pedersen. That is helping to refocus investors on the metal's underlying fundamentals, he added.
Demand for base metals from China is likely to grow in 2017, according to Goldman Sachs, which revised up by 3 per cent its copper price forecast for 2016.
The bank now sees copper averaging $US4,693 a tonne this year, against $US4,565 expected previously.
Also supporting copper prices are stocks in LME-approved warehouses, which at 331,450 tonnes have fallen more than 12 per cent since late September. 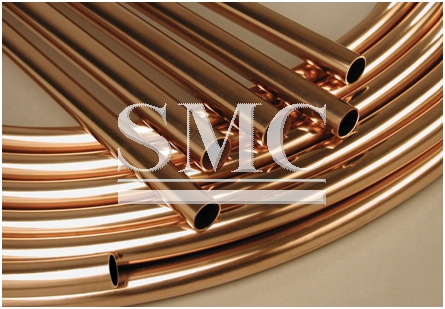