Home>News of Construction and Building > Japan to Europe… by train?

Japan to Europe… by train?

As Japan and Russia continue on their path to mending broken ties, Russia’s rail operator has seen an opportunity and is proposing a series of rail links that would ultimately connect Japan with Europe, via the Trans-Siberian railway.
The plan, outlined in a presentation by Russian Railways, would be to connect the Russian mainland to Sakhalin Island and Hokkaido. The state-owned company estimates that some 31.8 million tonnes of cargo would be carried on the line by 2030.
Currently Japan sends all their goods to Europe via shipping containers, which is a timely process, something that shipment by train would help reduce.
Russia would need Japanese help with funding and technology, and has hinted that Japan’s cooperation could be part of a wider bargain to return the Kuril Islands, which the Soviet Union annexed at the end of the Second World War.
President Putin arrived in Tokyo on 15 December with a shopping list of 18 such projects, which have a combined cost of around $15.6bn. That figure is roughly equal to the amount that Japanese Prime Minister Shinzo Abe was reportedly willing to invest in Russia to obtain the return of the Kurils.
The project is one of a number of extensions to the Trans-Siberian floated by Moscow in recent years, and fits in with a wider plan to develop the northeast Asian economy. The combination of high population densities, abundant natural resources and capital make the region a potential powerhouse, however bitter political differences between many of its constituent nations have prevented it being realized.
It would be interesting to know how long it would take to travel half the way across the world by train! 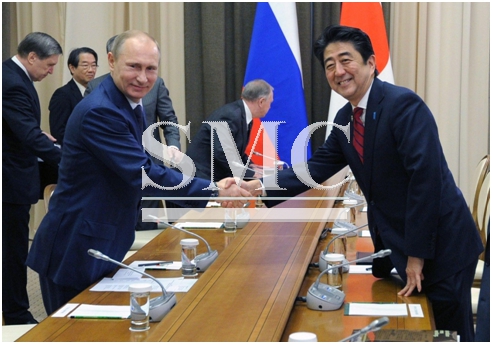