Off Grid-Electric is an African start-up company who are lighting up remote areas of Tanzania and Rwanada, enabling commercial prosperity and improvement to standards of living. Although nothing should be taken away from the business model and ambition of the company’s founders, they have a rather useful supporting company in the form of Elon Musk’s SolarCity, as well as Helios, Africa’s largest private equity firm.
The company recently won a prestigious award at the UN climate conference in the Moroccan capital of Marrakech, where they were awarded the ‘Momentum for Change Award’, which rewards companies whom find ground-breaking ways of tackling climate change.
It already powers 125,000 homes and provides work for about 1,000 people — about a third as salesmen who present the energy packages door to door.
“Majority of these people were using kerosene to make light, with a harmful impact on their health and welfare,” said Bill Lenihan, Off Grid Electric’s President. Kerosene produces smoke and can’t power anything other than a lantern: “They now have clean energy that also power TVs and radios.”
The system provided by the Off Grid-Electric consists of a solar panel which is installed onto roof and a lithium-ion battery, which transmits electricity throughout.  “Children are able learn at night, businesses are able to advance their earnings and farmers can enhance protection of their cattle” said Kim Schreiber, the company’s chief of staff.
The best thing about the system is how affordable it is. Clients pay 10 percent of their package upfront; the rest is done through monthly installments. The costs are cutthroat, according to Off Grid Electric: “Linking to the grid costs about $300 to $400, while our scheme is $7 a month and in three years you own it and never have to pay again,” said Schreiber.
The payments are collected through mobile phone transactions, a trendy method in the continent, and a five-year service plan is incorporated if something breaks. The battery can last seven years, and the panel itself up to 20.


The company also takes into consideration that it’s normal to run into financial difficulty for a sustain period of time. Therefore, the customers are given leeway of several months for missed payments. 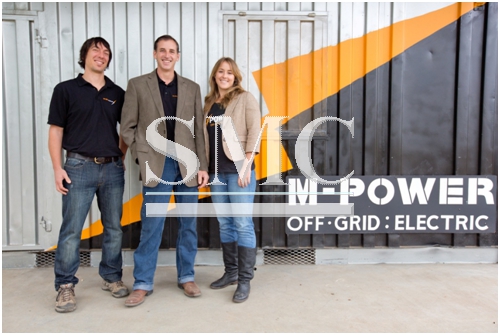