India’s leader is looking for inspiration

Narendra  Modi, the Prime Minister of India has officially laid down the foundation stone for what is set to be the world’s tallest statue. The statue will be a 192m-high figure of a 17th-century warrior king and will be situated on reclaimed 4km from Mumbai.
To gain an understanding and put into perspective the sheer enormity of the statue, once completed it will be twice the height of the Statue of Liberty and three times the height of Christ the Redeemer. Modi’s justification for the statue is that he believes it will inspire the nation to try and emulate the achievements accomplished by the former King, Chhatrapati Shivaji. “Even in the midst of struggle, Shivaji Maharaj remained a torchbearer of good governance,” he said. “So many aspects of his personality inspire us.”
However, the project has come in for some criticism claiming that the money would be much better spent on things that directly impact the lives of people today; the main argument comes in the form of critics suggesting India’s infrastructure is still drastically below the an appropriate level and should be taking priority ahead of a statue. A mere 30% of India’s sewage system receives any level of treatment, which in turn means that the three-quarters of India’s waterways are polluted.


There are also a large number of advocates though; Devendra Fadnavis, the prime minister of Maharashtra, said recently: “How can we think about the cost when it comes to building a memorial for Shivaji Maharaj? He is our pride and it is only fitting that we should build a grand memorial in his name.” 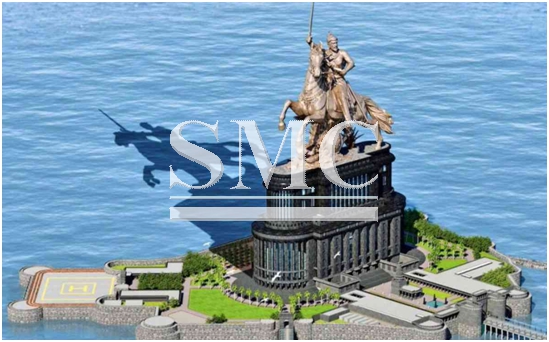