Home>News of Construction and Building > The world’s largest builder by turnover, is to construct tallest tower in Africa

The world’s largest builder by turnover, is to construct tallest tower in Africa

The state-owned company of China State Construction Engineering Corporation (CSCEC) has won the rights to build the tallest tower in Africa, in Nairobi, Kenya.
It’s hoped that Kenya will soon become a major exporter of oil, an identified investor is oil marketing company Hass Petroleum Group, whose $195m Hass Towers scheme will consist of two large towers: the first being a 45 storey Hilton hotel, and then the continent’s largest tower coming in at 67-storey’s tall. The 67-storey tower will consist of luxury office spaces, retail spaces and leisure facilities.
CSCEC starts work next month on the scheme in Nairobi’s Upper Hill district, which is becoming a hub for international business. The 67-storey tower, when complete in 2020, will be 300m high, beating the current record-holder in Africa – the 223-m-tall Carlton Centre in downtown Johannesburg, South Africa, completed in 1973.
The excavations for the project have already begun, which have been in the making for several years between property corporation Jabavu Village Ltd and US based real estate firm, White Lotus Projects.
Global engineer Meinhardt Group had been hired for lead engineering, structural and MEP services.
In October 2016 hotel group Hilton signed a management agreement with Jabavu Village Ltd to open a 255-room hotel alongside the tower.
It’s reported that CSECEC beat 10 other large corporation from across the globe to secure the rights to constructing the record-breaking towers. 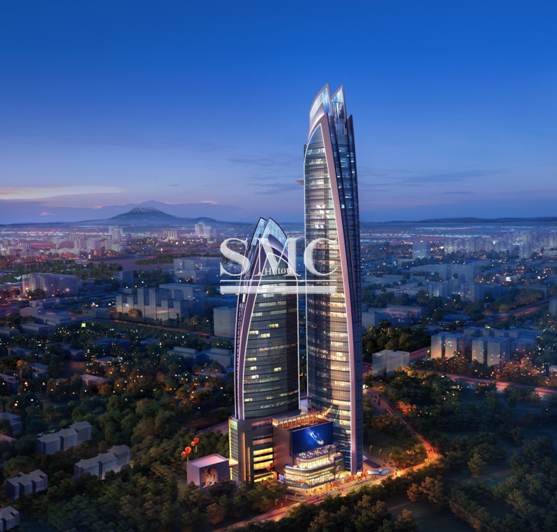