Mixed fortunes for metals on the LME

With the exception of copper, base metals were generally higher on the London Metal Exchange on Tuesday March 21st. “Generally, the metals on the LME have rebounded strongly in recent weeks but they seem to lack the buying power to absorb the overhead selling, which suggests range-bound trading,” Metal Bulletin analyst William Adams said. “With the second quarter approaching, which is a seasonally stronger time for economic activity, we would expect prices to remain at least well supported,” he added.
Copper prices hit one-week low
• The three-month copper price recently traded at $5,832.50 per tonne, down $47.50 on the previous close.
• “Copper prices took a hit overnight, as the labour union members are back in talks with BHP Billiton’s Escondida [mine] in Chile,” a trader said.
• Earlier, it slid to a one-week low of $5,781 per tonne. More than 6,000 lots have changed hands on LME select so far.
• As well as the supply disruptions in copper caused by strikes and export restrictions, severe flooding in Peru is also disrupting mining and transport.
• Still, Freeport-McMoRan’s Grasberg mine in Indonesia resumed production of copper concentrates today, ending a stoppage that lasted more than a month.
• In warehouse inventory data, LME copper stocks declined a net 3,125 tonnes to 329,850 tonnes while cancelled warrants were down 4,225 tonnes to 149,525 tonnes.
• The global refined copper market posted a 50,000-tonne deficit for 2016, the International Copper Study Group (ICSG) said in a monthly report on Monday March 20. 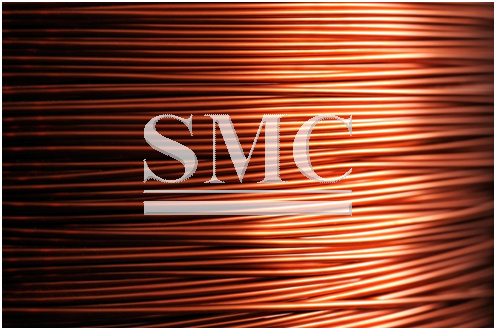