Bronze is one of the earliest metals known to man. It is defined as an alloy made of copper and another metal, usually tin. Compositions vary, but most modern bronze is 88% copper

At one time, bronze was any alloy consisting of copper with tin and brass was an alloy of copper with zinc, modern usage has blurred the lines between brass and bronze.

"copper alloy." In science and engineering, bronze and brass are defined according to their element composition.

BRONZE PROPERTIES
Bronze usually is a golden hard, brittle metal. The properties depend on the specific composition of the alloy as well as how it has been processed. Here are some typical characteristics:


Highly ductile.Bronze exhibits low friction against other metals. Many bronze alloys display the unusual property of expanding a small amount when solidifying from a liquid into a solid.

For sculpture casting, this is desirable, as it helps to fill a mold.

Brittle, but less so than cast iron. Upon exposure to air, bronze oxidizes, but only on its outer layer. This patina consists of copper oxide, which eventually becomes copper carbonate.

The oxide layer protects the interior metal from further corrosion. However, if chlorides are present (as from sea water), copper chlorides form, which can cause "bronze disease"

-- a condition in which corrosion works through the metal and destroys it.

Unlike steel, striking bronze against a hard surface won't generate sparks. This makes bronze useful for metal used around flammable or explosive materials. 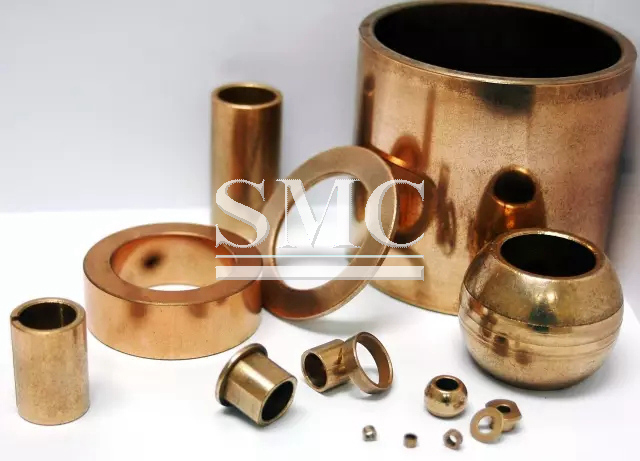 ORIGIN OF BRONZE
The Bronze Age is the name given to the time period when bronze was the hardest metal that was widely used. This was the 4th millennium BC about the time of the city of Sumer in the Near East.


The bronze age in China and India occurred at roughly the same time. Even during the Bronze Age, there were a few items crafted from meteoritic iron, but the smelting of iron was uncommon.


Bronze is used in architecture for structural and design elements, for bearings because of its friction properties, and as phosphor bronze in musical instruments, electrical contacts,

and ship propellers. Aluminum bronze is used to make machine tools and some bearings. Bronze wool is used instead of steel wool in woodworking because it doesn't discolor oak.

Bronze has been used to make coins. Most "copper" coins are actually bronze, consisting of copper with 4% tin and 1% zinc.

Bronze has been used since ancient times to make sculptures. The Assyrian king Sennacherib (706-681 BC) claimed to be the first person to cast huge bronze sculptures using two-part molds,

although the lost-wax method was used to cast sculptures long before this time.