Home>News of Machinery and Equipment > The Keystone XL Pipeline 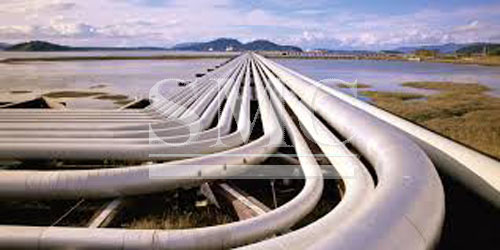 The addition of the Keystone XL would have benefits for both Canada and the US. Due to the land lock and further development of the oil fields in Calgary, Canada is in need of access to international markets oil supply.  In the US, oil refineries are located along the Gulf Coast, so this would give Canada access to our oil supplies. Following the completion of the continued developments of the Calgary oil fields, the Keystone XL has the potential to transport up to 830,000 barrels a day. This would mean that the US could greatly reduce its dependence on the Middle East. The pipeline would increase the US’s access to oil sources, which in turn lowers the prices for consumers.  Another benefit of the planned pipeline would be the production of 28,000 jobs.  The pipeline will be privately financed by two companies TransCanada and other oil shippers, so no government funds would be used. While there are numerous benefits that would come with the construction of the pipeline, there are some concerns and controversial topics surrounding it.

Most of the controversy coming from the pipeline stems from environmental concerns. Even though it is unlikely the XL would pose a significant environmental threat, the Sandhills region is considered a fragile ecosystem, and there is always a risk of spillage. This also opens a new abundant source for fossil fuels. The amount of oil production in Alberta is expected to double by the year 2030. The investment in this pipeline goes against a recent push to move away from harmful fossil fuels towards research into renewable energy sources. Lastly, the production of this pipeline intrudes on a treaty that guarantees the rights of First Nations groups in Northern Alberta to hunt, trap and fish on these traditional lands. Whether or not the Keystone XL pipeline will be built is unclear, but there are both pros and cons regarding its construction.