Over the last decade or so there has been a concern over a global energy crisis.  Using un-renewable resources at an exponential rate and the pollution it has caused has had a global effect. Concerns of global warming and decreasing air quality have lead to significant increases in alternative energy sources such as wind, solar, and water. However, research into these systems and changing current energy systems is expensive and time consuming. That is why Santosh Gunpath, an independent process industry consultant suggests addressing this global energy crisis in another way. He urges industries to focus on maximizing energy efficiency and obtaining energy at the lowest rate possible.

Gunpath recognizes that energy is an integral input in every process, from the most basic of human functions to extracting and beneficiating ore in mining. He thinks that the focus should not be on sourcing the energy itself, because modern technology has created abundant sources, but on how to make this technology cheaper and easily accessible to the general public.  He suggests implementing an alternative strategy, particularly in the US, where the grid is currently supplemented by the back-end processes that produces electricity to feed the grid.  His suggestion is to supplement the grid with alternative energy sources instead. This allows for the companies to keep their existing infrastructure intact keeping the cost low while being as energy efficient as possible. This can also be done at coal fired power stations, which will reduce the demand for coal over time reducing the negative effects on the environment. 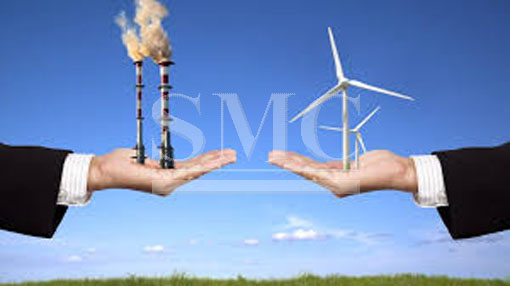 While incorporating alternative forms of energy into already existing infrastructure has numerous benefits, it also poses some concerns and challenges. One of the challenges is derived from the vibrations and movements involved in some of these processes, such as mining. This requires heavy-duty materials in order to withstand the movement and force. However, most renewable energy sources are designed to be light weight and are relatively fragile.  In order to implement some of these supplemental energy sources the technology would need to be redesigned to be more robust and sturdy. In addition to physical equipment concerns there are some financial qualms as well. Gunpath states, “It can be argued that this is what influences process performance, but there is a point of diminishing returns where the scale of investment in innovation is not justified by the performance improvement, which is the case currently.”  If we can shift our focus from finding new renewable energy sources to making current renewable energy sources cheaper and more available there is potential to completely disrupt the energy industry and benefit the entire globe.