MANILA – Iron-ore futures in China jumped more than 2% on Wednesday, rising with steel prices for a second day as traders build stocks to cash in on the peak season for demand in the world's top steel market.

Chinese steel demand picks up in September and October after the summer lull as construction activity increases. The most-traded iron ore on the Dalian Commodity Exchange was up 2.2% at 548 yuan ($84) a tonne by 0223 GMT. The most-active rebar on the Shanghai Futures Exchange rose 1.7% to 3 989 yuan per tonne.

Traders have started ramping up buying of steel and iron ore for the peak demand season, ANZ analysts said in a note. Stockpiles of construction steel product rebar among Chinese traders stood at 4.2-million tonnes on September 8th, rising from a seven-month low of 3.7-million tonnes in mid-July, according to data tracked by SteelHome consultancy. And falling inventories of iron ore at China's ports point to mills stocking up on the raw material. 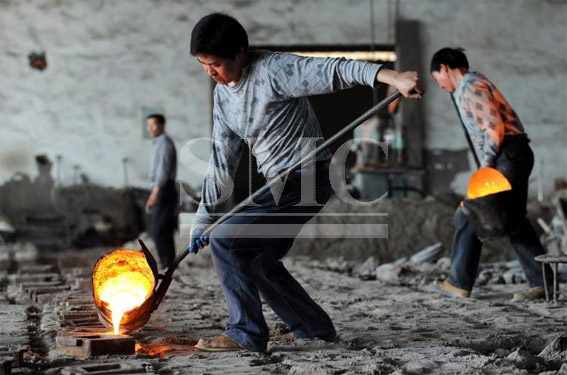 Port inventory dropped for a sixth straight week to 133-million tonnes on Friday, the lowest since early May, SteelHome data showed.

Apart from long steel products like rebar, demand for flat products or those used in manufacturing has also been rising. Major Chinese steelmaker Baoshan Iron and Steel announced on Tuesday that it would lift prices for its flat steel products for October bookings.

"We expect flat steel prices to stay strong in the second half of 2017 from resilient auto demand, low industry inventory and supply decline from the upcoming winter production cuts," Morgan Stanley analysts said in a note.

Chinese authorities have ordered major key steel producing areas such as Hebei province to cut output by up to half during winter to fight smog. Iron ore for delivery to China's Qingdao port increased 2.5% to $76.37 a tonne on Tuesday, according to Metal Bulletin.