Solar panels have been around for quite a few decades now, and have seemingly gotten more popular with time. Solar panels continue to improve as well as become more efficient and affordable. With pollution rising, the world has been putting in a conjoined effort in trying to reduce greenhouse gases. Solar powered housing has been an idea that many homeowners are considering. Of course, there are many factors when it comes to investing in a solar powered house, such as location, size, and budget. Also, solar panels tend to be more bulky and don’t really have an aesthetic appeal being placed on the roof. 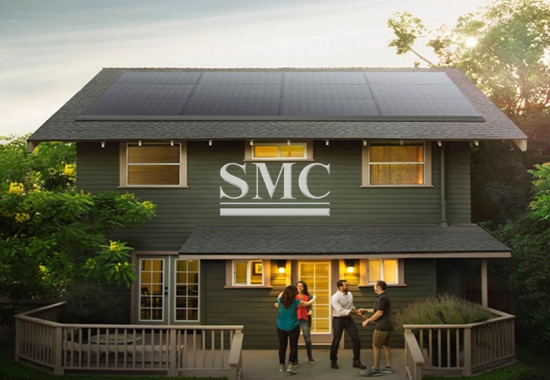 Tesla Motors is commonly known for the sleek electric vehicles that they produce, as well as their pledge to promoting clean energy. Elon Musk has been a leader in the solar industry and has recently come up with an innovation that could possible change the world of solar roofing. Tesla is now introducing their own solar roofing. Tesla’s solar roofing introduces four different types of sleek glass roof tile that has the ability of converting sunlight into energy that can be readily available at any given time. Depending on how much energy is needed for each building, the solar cells in the glass and be modified to fit individual needs. Musk claims that the solar roof is much cheaper than what others expect. Solar tiles are estimated to cost around $42 per square foot, which is cheaper than regular roofing. Although individually it is cheaper, in order to fill an entire roof, customers will probably need more tiles to completely cover the roof. The main goal for Tesla is for the sun to produce natural sunlight that’ll be absorbed into the roof and converted into energy that’ll be stored in a battery pack, and later on the electricity being produced will be able to power electric vehicles.

Ultimately, it will probably be more expensive to invest in a solar power roof. It all depends on the size of the home and how much sun actually hits the roof. The percentage of solar paneling plays a very important factor in deciding whether or not it is worth it. With Tesla, along with the tiles, it is recommended to purchase a battery pack that’ll make it easy to integrate the energy, which is an additional $7,000. Along with that, they have to consider the tax credit. All together, in the long run, homeowners can potentially net a good amount. All these factors aside, it is still more expensive than a regular roof, but regular roofs wear and tear and need to be replaced sometime. These tiles have a lifetime warranty and can essentially save you from paying a large amount to replace a roof.

Prices aside, solar roofing is a step into the future and finally adds an aesthetically pleasing look to solar panels. It just depends on the homeowners preference.