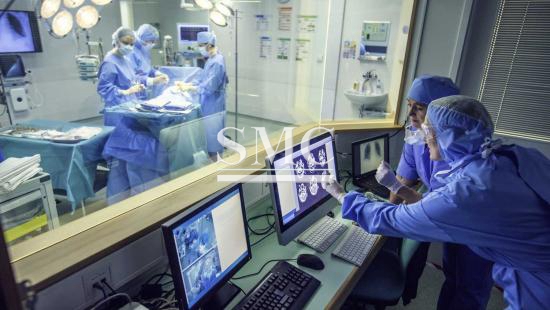 The controversy over NHS funding last night intensified as it emerged a Scottish health board used its endowment fund to pay for opthalmology and radiology equipment. Endowment accounts for NHS Dumfries and Galloway show that in 2016 a total of £377,015 was spent on “general and medical equipment” . The accounts say: “The charity supported a number of major medical purchases within the ophthalmology and radiology departments. This is reflected in the medical and general equipment expenditure”. The health board insisted that the money was used appropriately. But Labour claimed it was more evidence that charity cash was being used to fund routine services and claimed Health Secretary Shona Robison had “lost control of her brief”. The accounts also showed that a further £107,892 was spent on general and medical equipment in 2017. According to the document, £312,084 was spent on “funded staff posts” in 2017 and £311,835 the previous year. Questions over how charitable money has been spent in the NHS have been raised since it emerged that NHS Tayside spent more than £2 million of its endowment fund on an IT system. NHS Tayside has been criticised for transferring cash raised from donations and bequests into its core budget so it can pay for routine services. New management at the Dundee-based health board have promised to repay the cash with the help of another Scottish Government loan. It has also emerged that NHS Ayrshire and Arran and NHS Highland have transferred endowment cash to the core budget. While NHS Greater Glasgow and Clyde was criticised for using endowment money to fund a controversial heroin shooting-gallery project. The NHS Dumfries and Galloway document said the charity did not support applications where funding “is considered core” to NHS services. But Labour’s health spokesperson, Anas Sarwar, said: “These continuing revelations show that Shona Robison has lost control of her brief. This proves that we need an urgent investigation into how NHS boards use charity money.  A NHS Dumfries and Galloway spokesman said spend had been approved in line with the Endowment Charter adding that many donations were for equipment.