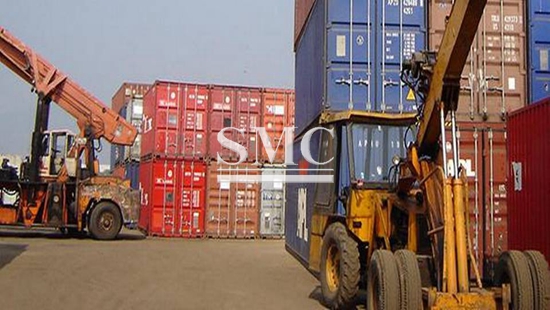 The container freight station (CFS) industry will face an existential crisis sooner than later, starting with flat-lining of revenues this fiscal due to a surge in the share of direct port delivery (DPD) import containers, particularly at Jawaharlal Nehru Port Trust (JNPT), India’s biggest container gateway, located near Mumbai, according to Crisil Research.

The industry, with earned about ₹4,500 crore in FY 2018, has been growing at 6-8 per cent annually over the past five years.

India has some 169 CFSs and 67 inland container depots (ICDs).

However, more than half of the DPD containers are re-sent to a CFS either because of non-clearance within 48 hours or voluntarily by importers for storage and onward transportation to hinterland. Hence, the use of CFS as a transport and storage solution would remain worthwhile for some importers.

They use CFS as a transportation and storage service provider after DPD clearance, because of their own inventory management and infrastructure constraints. Of the 34 operational CFSs at JNPT, only 22 are allowed to provide these services by the Jawaharlal Nehru Customs House.

Earlier, non-cleared and damaged containers were, by default, moved to a JNPT-owned CFS. But from 20 April 2018, Customs has allowed all CFSs to handle these containers. This is expected to provide some volume, given that such containers accounted for 10-20 per cent of all DPD containers.

The launch of a new arrangement from May 1 for clearing DPD import containers across five geographical corridors at pre-decided tariffs is expected to increase pressure on CFS operators, which were banking on transportation of DPD containers to offset loss in revenue, says Crisil Research.

The overall realisation per container is expected to be on the lower side in FY19 for CFS players, as even their transportation revenue comes under threat. However, this setback is expected to be limited to CFS operators. The ICD segment is expected to continue growing in line with the trends in container traffic at Indian ports.