Home>News of Construction and Building > HS2 railway gets the green light!

HS2 railway gets the green light! 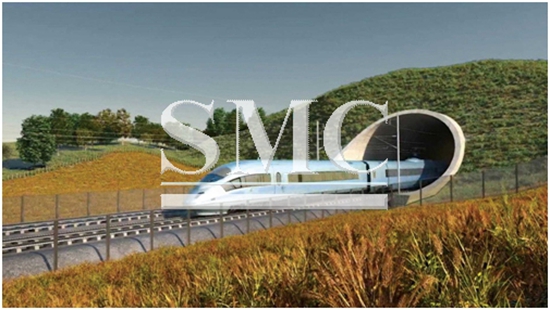 Despite considerable opposition to the idea, the British government has announced they will be going ahead with plans to build the highly anticipated High-speed 2 (HS2) railway in full. The line is estimated to cost the country somewhere in the region of £56 billion and will considerably reduce travel time between some of the country’s most economically integral cities including London, Manchester, Birmingham, and Sheffield.
The country’s transport secretary, Chris Grayling, said “HS2 will be world’s high-techest, smartest, fastest railway. It will be a state-of-the art railway. This is faster than the Japanese bullet trains, and more state-of-the-art. This will be the fastest, most modern railway in the world.” Once the entire system is fully operational, the new trains will carry 300’000 people a day, tripling the number of available seats out of London Euston station.
Much of the rail-line is going to be situated in the north of the country, which could be an immediate response to the message delivered by the Brexit vote. A large proportion of the country whom voted to leave the European Union were based in the north of England, a part of the country which for many years felt they were being neglected by the government when it came to large-scale investments. Much of the motive behinds the vote was people felt the country was chucking needles amounts of money into the European Union, whereas it could have been better used in domestic developments.
Grayling has stated that HS2 is not just about making journey’s quicker but also to address the capacity issues being felt by train operators, where many of the countries commuters are forced to stand on their journey’s due to a lack of seats. “We all know our railway system is full. Too many people have to stand, and there are too many people sitting in traffic jams on roads behind endless rows of Lorries. “You can’t solve that problem unless you build something new, and by building something new, why would we build something old-fashioned?