COPPER GIVES AN ANSWER TO THE RISE OF OXYGEN

According to Stockholm University another study presents prove that the ascent of barometrical oxygenation did for sure happen 2.4-2.1 billion years back. It likewise demonstrates that organic use of copper got to be noticeable after the alleged 'Extraordinary Oxidation Event.' A universal group of analysts has as of late distributed the study in the Proceedings of the National Academy of Sciences. 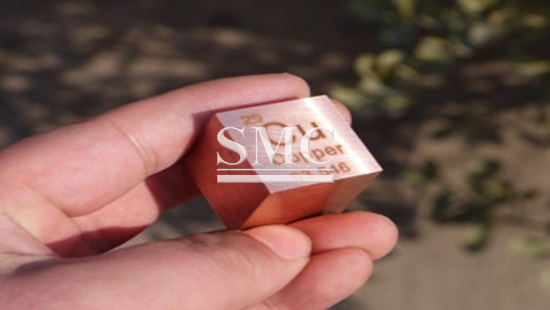 The study proposes a steady move in for the most part negative copper isotopic organization of marine carbon-rich dregs, starting at 2.4 billion years prior (Ga), to for all time positive qualities after 2.3 Ga. The creators contend that the change mirrors the drawn-out nature of the Great Oxidation Event (GOE), when air oxygen content went from practically nothing, beginning at 2.4 Ga, to top at close present day levels by 2.3 Ga.

On a very basic level, the high iron substance of the early seas are proposed to have assumed a basic part in deciding follow metal accessibility, whereby copper levels expanded while diminishing marine iron substance fell by around 1,000 times after the GOE. The examination has been made by looking at carbon-rich rocks saved at the base of old seas 2.66-2.1 billion years back.

"The appearance of oxygen in the atmosphere is one of the most important changes in Earth's geological history that enabled the evolution of oxygen based life. Understanding the chemistry of the very early oceans and how nutrients were made available, guide our steps towards understanding the processes that govern our own evolution"

The study gives an instrument to following how oxygen levels have varied through Earth's history and the developmental changes that went with these vacillations.

"Our study is highlighting how the isotopic ratios of copper can unlock the evolution of Earth's early oceans from being oxygen-poor to more like they are today. We now hope to apply this technique to understanding other major geological events in the Earth's history"

The venture was completed by a global group of scientists from Sweden, England, France and Canada, drove by Dr Ernest Chi Fru of Stockholm. It was financed by the European Union under an Intra-European Marie Curie Fellowship and an European Research Council beginning gift to the lead creator.