The Netherlands Investigated Hundreds of Containers Crashes during the New Year

The Dutch judicial authorities announced the launch of an investigation into nearly 270 containers on the New Year's Eve (Tuesday, January 1, 2019) due to a storm crash into the North Sea.

In order to determine whether the first container accident in the New Year was a punishable act, the Dutch official said in a statement Friday that the maritime police cooperated with the environmental transport monitoring unit to conduct an investigation under the leadership of a prosecutor.

According to French report on Saturday, January 5th, RFI 2019, the responsible party for this accident was the Mediterranean Shipping Company (MSC) registered in Geneva, Switzerland. At least 270 containers fell into the North Sea on the shores of Borkum Island, Germany from Tuesday, January 1st to Tuesday, January 2nd, and 30 of them have now flown to the beaches of the Netherlands and Germany. 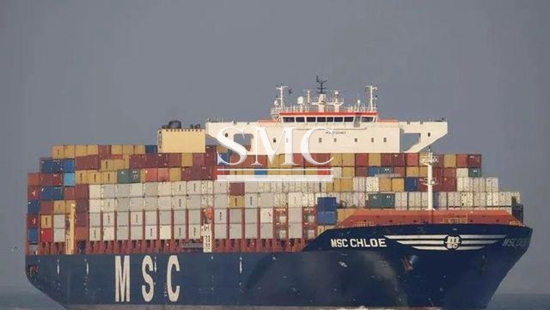 According to the statistics of the Dutch authorities, 22 containers were found, which were filled with auto parts, TV screens, light bulbs, furniture and toys. The Dutch military has mobilized hundreds of military personnel to arrive at the grounded beaches to help local residents clean the coast. Local leaders in several affected islands want compensation. The Mediterranean Shipping Company stated that it has made a request to the insurer to work closely with the local government and is more directly responsible for the clean-up operations. Responsible Mediterranean Shipping Company has previously stated that it is serious about the accident and regrets the impact of such accidents on the environment.